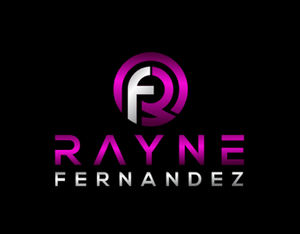 Rayne is a force of pure positivity... The self-described “AfroTina” has a strong and committed work ethic that clearly demonstrates her passion for her music.

The San Antonio, Texas-based Recording Artist shares, “I know who I am, I know my roots, and I’m working hard to reach a worldwide audience. I want to make music for everyone, no matter what culture or background they come from.”

Rayne ’s music is a cross between (classic and current) R&B, Pop with a dash of Hip Hop.  She was raised in a household where music was another member of her family. Her parents deep record collection provided Rayne with an education from an early age from some of the greatest Artists, such as Stevie Wonder, Marvin Gaye, Bill Withers, Al Green, Diana Ross and Etta James. On her own she went on to explore further greats and soak up modern icons such as Michael Jackson, Destiny’s Child, Prince, Rihanna, Bruno Mars, Mary J. Blige, and Lauryn Hill. To date, by far her most seismic influence is none other than Beyoncé, and, incidentally, Rayne appears in a concert trailer for Beyoncé ’s -  Miss Carter World Tour in 2013.

In all that Rayne does, it’s her major desire to set a positive example as a multi-cultural young woman, with faith-based ethos, and unflinching optimism. Following this path, she’s earned accolades and awards from a variety of sources. A cross section of highlights include earning the title of “Teen Vogue Ambassador”; cover features in ReFocused Magazine  and ChicaGirl; being a Bold Favor Award Honoree, in recognition of amazing leadership in the entertainment field, and being named a City of San Antonio Youth Ambassador.